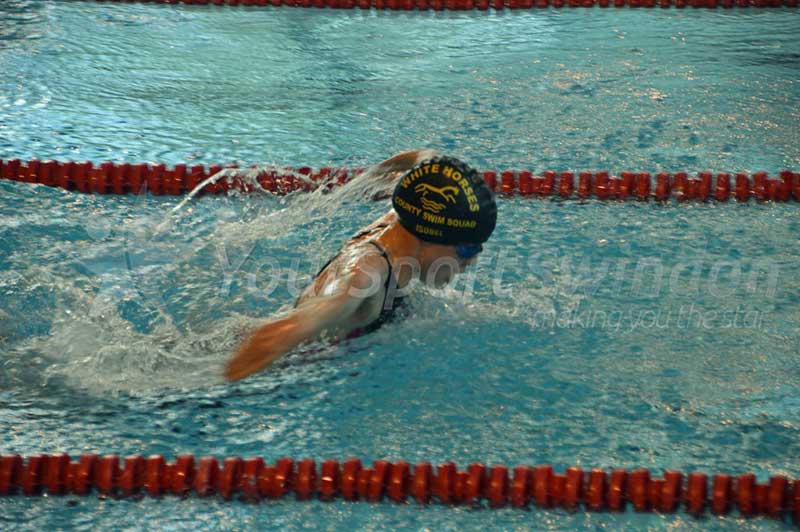 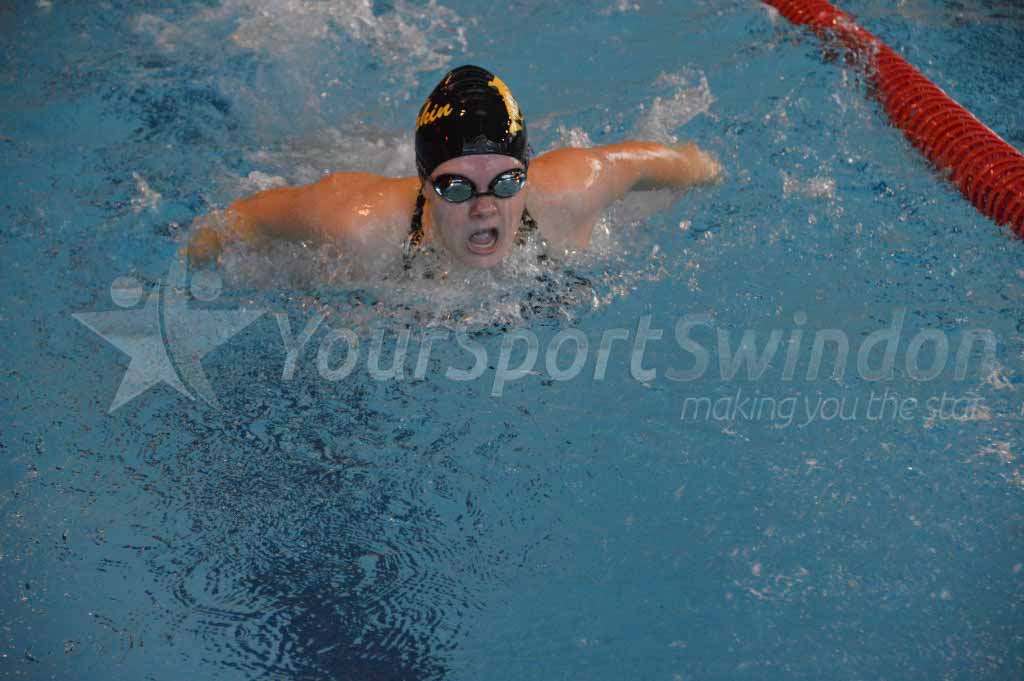 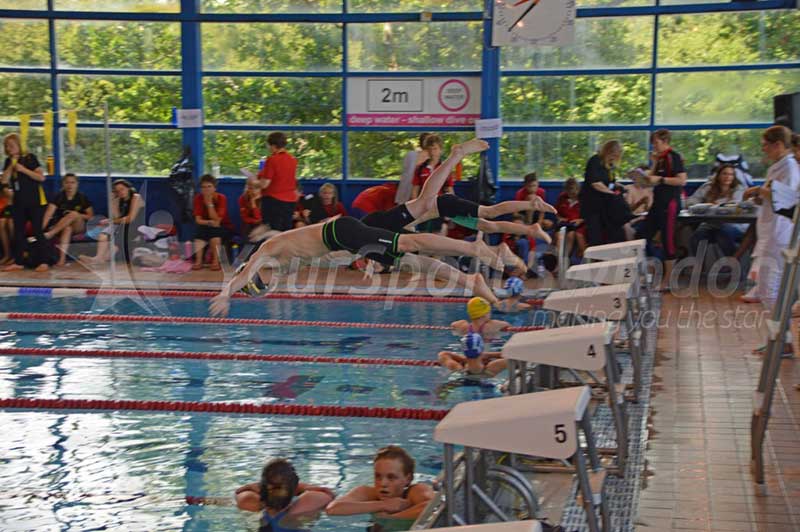 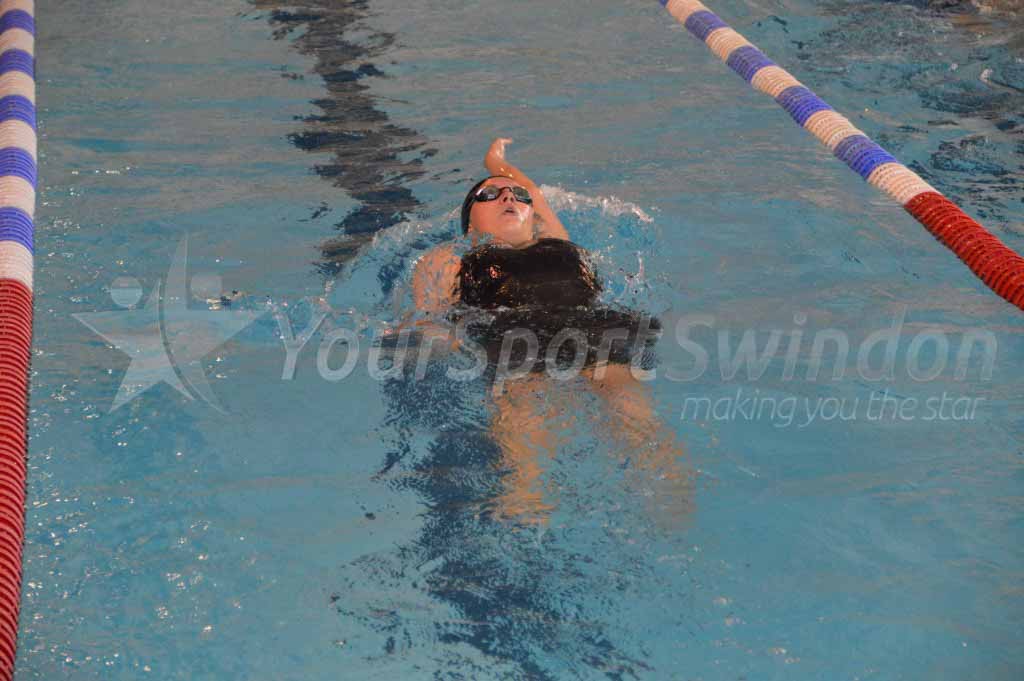 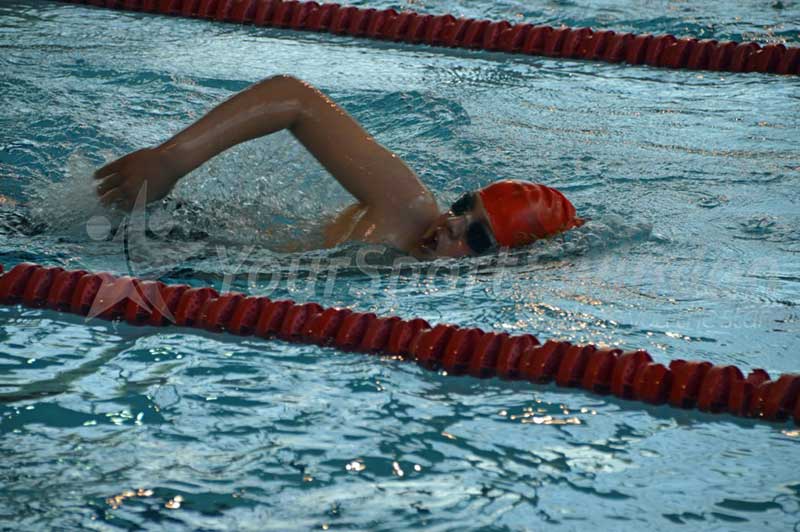 With the Welsh and Scottish Home Nations Summer Championships well underway and the English competition due to start next week, the competition season for the majority of Swindon’s competitive swimmers concluded with Swindon Dolphin’s End of Season Open Meet at the Link Centre.
Around 250 swimmers from 20 clubs packed into the venue for the busy two-day competition which has become an integral part of the town’s competitive swimming competition program.

While Dolphin had nine swimmers competing at the Home Nations in Swansea, Edinburgh and Sheffield, 80 of their teammates were in action at the Link Centre as they put the past 11 months of training into practice for one final effort to produce lifetime best swims.

With the qualifying times now available for the 2015 Regional Short Course Winter Championships and the 2016 County Championships, there was also the opportunity to book places at these competitions in advance of the new season.

This was mainly as expected in the lower age groups and included 11 year old Morgan Wollen and 10 year old Aimee Masters, who each impressively set new times in nine events.

More than 50 Dolphins booked their places at next year’s county championships with eight qualifying for the first time.

This includes nine-year-olds Marcie Wyard and Lyra Sheppard, both of whom will be competing in the double 10/11 year age group.

For many of the club’s older performance swimmers, gaining county times should be academic, so having the new Regional Winter Championships qualifying times made for a challenging target with Rebecca Matthews, Nigel Masters, Jon Audis and James Watson all making the grade.

Watson and Audis’ qualifying times came in the 200m butterfly, swimming alongside each other in the final heat of the event and providing a spectacle which saw Audis just holding off the challenge from Watson in the last length having led from the outset.

A further four swimmers, Jack Plumb, Cathy Naus, Stuart Gibbs and Ellen Hicken also achieved regional consideration times and no doubt there will be more regional qualifiers to come before the competition in November.

Top medallist of the meet was Calne’s nine-year-old Sam Parker with a clean sweep of eight gold medals from eight events, closely followed by Salisbury’s Thomas Doran with seven gold, five silver and two bronze.
Dolphin’s top medallist was Cathy Naus with five golds, a silver and two bronze.
Jack Plumb, Louise Gardo and Nigel Masters each impressively picked up five golds each with a further 37 Dolphin competitors also picking up awards.
Dolphin’s Lucy Adamson and Calne’s Benjamin Walker each received four gold medals as well as three Certificates of Time for exceeding “no faster than” times due to it being a graded level three meet.
Tags:swimmingswindon dolphin