View our picture gallery from Raychem B v Delta Reds in the Swindon & District Netball Association league at the weekend.

Click on any of the images below to view this gallery in full. Pictures taken by Your Sport Swindon photographer James Booth. 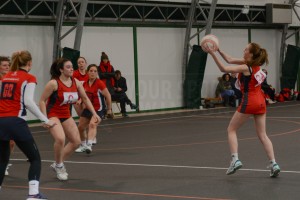 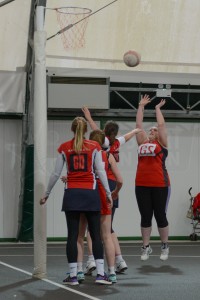 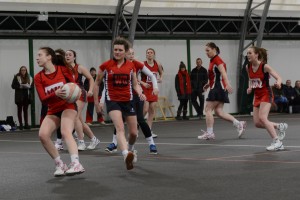 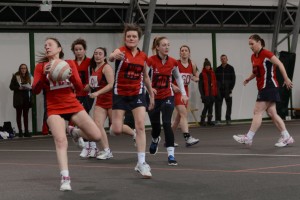 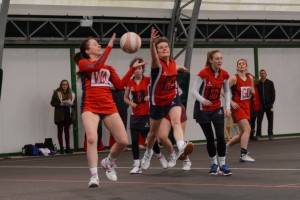 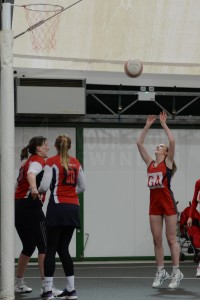 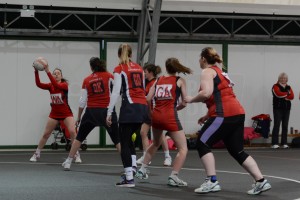 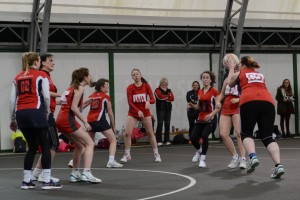 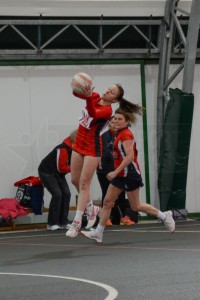 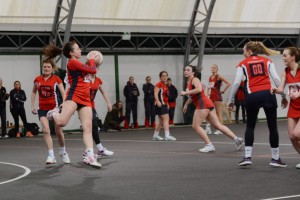 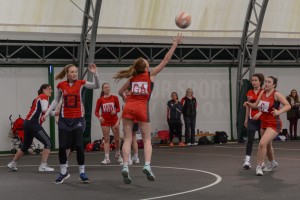 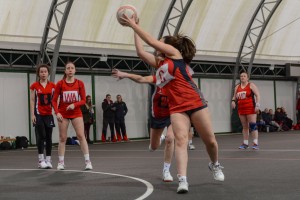 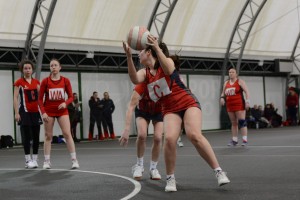 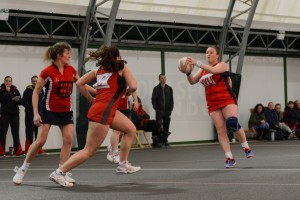 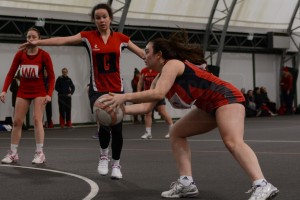 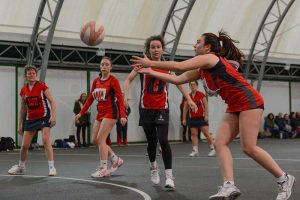 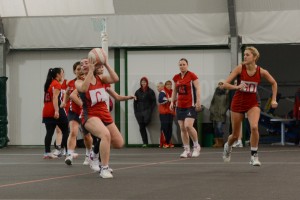 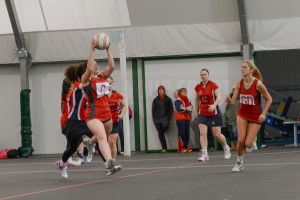 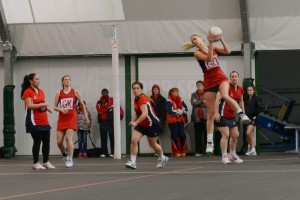 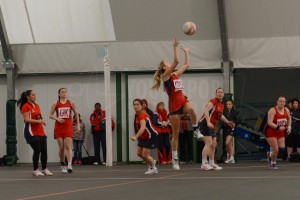 In Division One, Croft A grabbed their highest score of the season as they beat Moredon A for the first time in a few years.

A solid defensive effort by Jo Green and Clare Davies saw Croft apply pressure to the experienced Moredon attack, keeping their goal count down in the process.

Lovely play through the middle of the court, led by centre Jenny Fletcher and the new combination of Becky Timbrell and Becki Martin in attack, worked well to create plenty of shooting opportunities and secure the winning points.

The final score was 56-33 with wing defence Georgia Akerman being awarded player of the match for Croft.

Croft’s other two wins came courtesy of their E and D teams as they beat Pinehurst E and Delta Reds C respectively.

Croft F were forced to settle for a share of the spoils against Raychem F in Division Five as the match finished in a thrilling 47-47 draw.

Delta Reds had success elsewhere with the A team taking on Raychem B in Division One.

Having built up a convincing lead at the end of the first half, Delta Reds A put themselves firmly in control of the match.

But Raychem B bounced back in the third quarter before Delta Reds held on for a 45-38 success.

Delta’s goal shooter Sarah Jardine was given player of the match with the win lifting Delta to fourth in the table, just behind Lawn A on goal difference.

Having lost by a single goal in their previous meeting, Delta Reds B came out strong against Division Three leaders Lawn C, winning 46-34.

Delta’s player of the match Becky Goddard and Carly Regan linked up beautifully, getting the ball to the shooters and picking off a lot of interceptions and turnovers for the in-form Sarah Bartholomew to score.

Despite working hard in the first half, Delta Reds trailed 21-10 at the break and Coleview continued to dominate proceedings as they won 47-17.

Player of the match for Delta Reds was given to Pippa Storey.

Raychem’s regional team made the long journey down to Devon to take on the Titans and returned home victorious, winning 50-44, their first win of the season.

Back in the Swindon & District league, Division One leaders Raychem A took on Nationwide C, the only team to beat them so far this season.

Raychem took an early lead and, after the first quarter, were leading 16-9.

They continued to apply pressure throughout with some exceptional ball skills from Raychem’s wing attack and player of the match Haley Roberts as they clinched a 78-29 win.

Even squad manager Lynn Tomlin was forced to make an appearance as Raychem held on to win 35-30.

Lawn A played Razzle Dazzle in a close fought Division One match with the two teams tied going into the fourth quarter.

With some great interceptions by goal keeper Shelley de Boer and excellent play down the court to the shooters, Lawn dominated the final quarter of the match.

The match finished with Lawn winning 42-31 and goal attack Macy Dawson awarded the player of the match.

Lawn B also had another deserved win against Burmah B in Division Two.

Good defending from Lawn saw them gain turnovers to steal the lead in the final quarter, winning 42-37. Player of the match went to shooter Abbie Simpson.

Lawn D weren’t as successful, but put in a sterling effort against their opposition, Faringdon.

Lawn’s defence showed dominance over the Raychem shooters in what proved to be a spirited match.

Sandra Wright and Shelley de Boer were given joint players of the match.

In Division Three, a closely fought match between Fairford B and Nationwide C saw Fairford lose by just two goals.

Fairford B were behind by two points in the first quarter after struggling to defend Nationwide’s extremely skilful goal shooter who rarely missed.

During the middle two quarters, the teams evened out as Fairford’s defence picked up, supplying a few much-needed turnovers, building up their score and reducing Nationwide’s lead.

In the final quarter, both teams put in maximum effort, with Fairford pulling ahead at one point, but Nationwide managing to take back the lead in the last few minutes, to win 28-26.

Fairford A played Raychem C in Division Two in a tough match which saw Fairford’s Libby Ogbomo playing out of position as goal shooter for the entirety of the game.

In the final quarter both teams put in 100 per cent effort, but Fairford increased their lead and finished with a win, the final score was 43-16.

Fairford’s goal attack Sasha Gibbs was given player of the match.